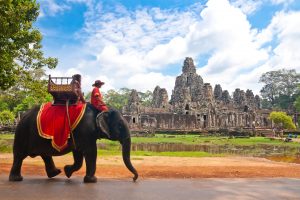 The delegation of women returned from Cambodia recently and we thank God for His protection and more importantly the seeds sown in the lives of the Kuy tribe. Testimonies are still coming in of the eye-opening experience and the things we take for granted. Continue to pray for the communities in Cambodia, for lives to be transformed and bondages be broken in Jesus’ name. The cycle of poverty, the ‘normalisation’ of struggle,  lack of education and opportunities and growth.  Jesus said, that no one comes to him unless the Father draw them. So let’s Pray that the Lord of the harvest to send people and to reap waiting souls into His Kingdom.

We think we are hard done by when the air-conditioned train is 5 minutes late or question God’s love when the Pastor is too busy to pray for us. The satirical TV The Project Show is, at the time of writing, sharing a story of a man who is suing his washing machine manufacturer because there’s lint on his clothes afterwards. He plans to escalate the matter with the Human Rights Commission at the UN if need be. It’s hard to miss the stark contrast between our cozy self-indulgent Christianity in the first world and the harsh realities of the mission field. The harvest is not for some special people whom God has inoculated so they robotically like what they do. Paul says, that they did it against their natural instincts for self-preservation: For the love of Christ compels us… The call is for everyone who has been saved by God’s plan of salvation whether we ‘feel led’ or not. We cannot all go, who will pay? We cannot all pay, who will go? Some will go, some will pay, but we can all pray.

May the faith of those who have gone before us encourage us today.

PRAYER POINTS – CAMBODIA (takes you to another site)

And what shall I more say? for the time would fail me to tell of Gedeon, and of Barak, and of Samson, and of Jephthae; of David also, and Samuel, and of the prophets:

Quenched the violence of fire, escaped the edge of the sword, out of weakness were made strong, waxed valiant in fight, turned to flight the armies of the aliens.

Women received their dead raised to life again: and others were tortured, not accepting deliverance; that they might obtain a better resurrection: 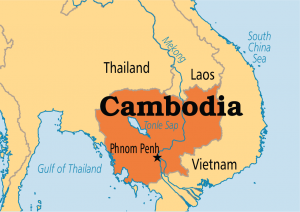 And others had trial of cruel mockings and scourgings, yea, moreover of bonds and imprisonment:

They were stoned, they were sawn asunder, were tempted, were slain with the sword: they wandered about in sheepskins and goatskins; being destitute, afflicted, tormented;

(Of whom the world was not worthy:) they wandered in deserts, and in mountains, and in dens and caves of the earth.

And these all, having obtained a good report through faith, received not the promise:

God having provided some better thing for us, that they without us should not be made perfect.